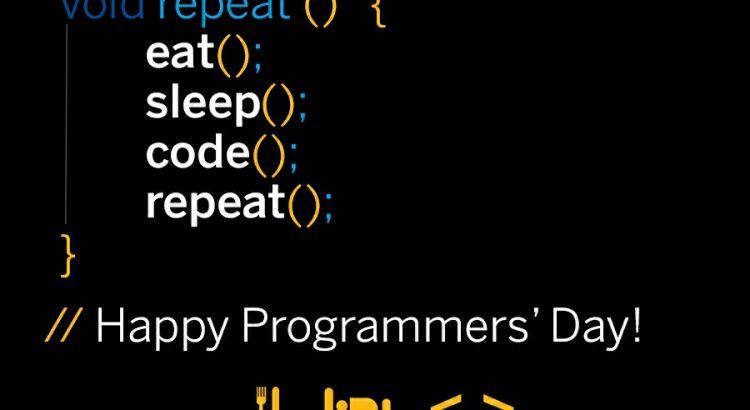 – I convert coffee into code
– It is working on my machine
– I will fix that later
– It’s not a bug, it’s a feature
– That’s weird
– How is that possible?
– I cannot repair your computer
– I am not a hacker

In case you don’t know about it :p

The Day of the Programmer is an international professional day that is celebrated on the 256th (hexadecimal 100th, or the 28th) day of each year (September 13 during common years and on September 12 in leap years). It is officially recognized in Russia.

The number 256 (28) was chosen because it is the number of distinct values that can be represented with a byte, a value well known to programmers. 256 is also the highest power of two that is less than 365, the number of days in a common year.

To know more, have a look a here.